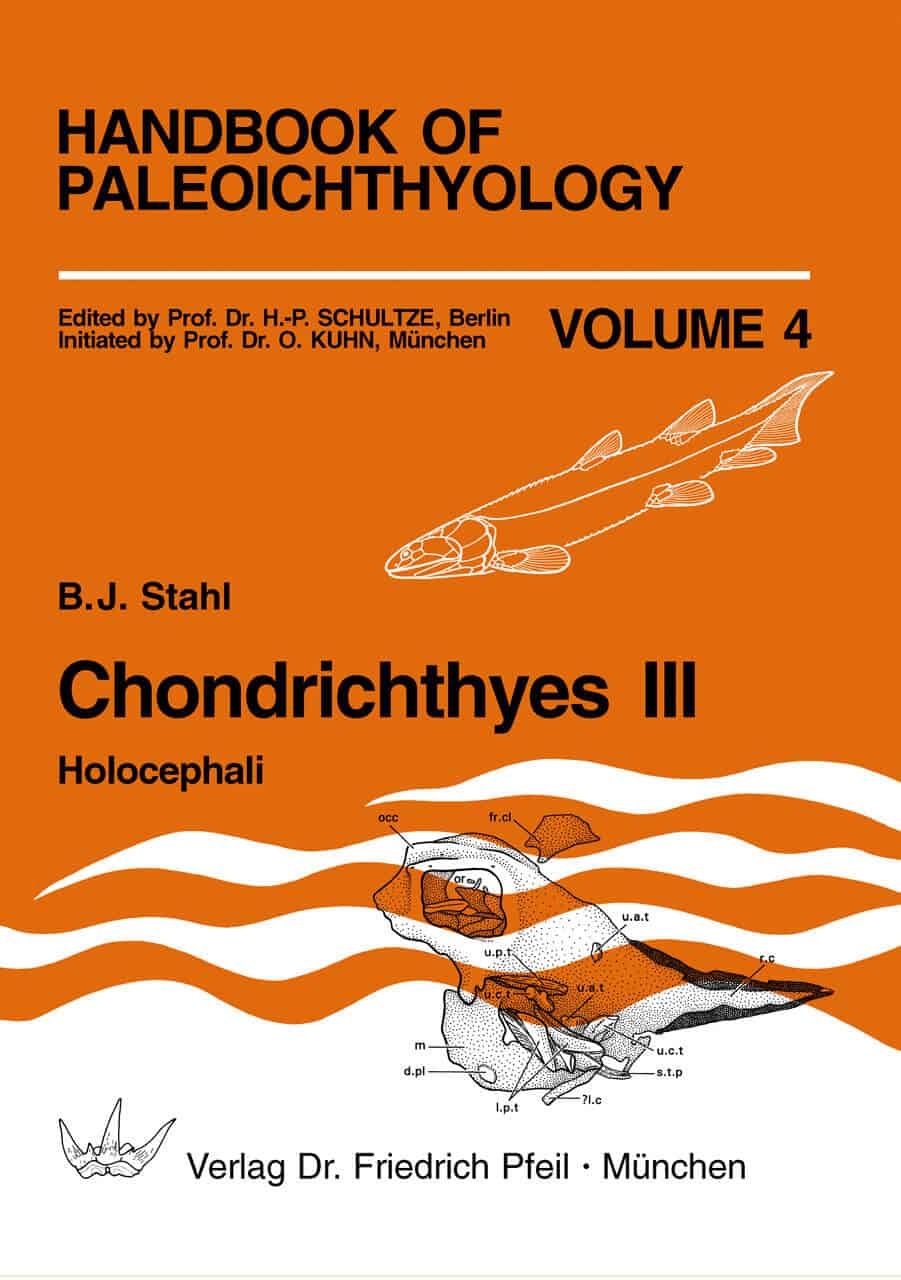 Agassiz’s beautifully illustrated five volume opus “Recherches sur les poissons fossiles” (1833-1844) was the actual beginning for paleoichthyology. He gave, in this publication, the first comprehensive presentation of fossil agnathans and fishes. In the ensuing years, numerous descriptions of forms (mostly from Europe and North America) have been published. These were compiled by A. S. WOODWARD (1889-1901), one of the many excellent paleoichthyologists (from past to present ) in Great Britain, in his famous “Catalogue of Fossil Fishes in the British Museum (Natural History)”. The catalogue was compiled so well that it is continually used by specialists in paleoichthyology.

In Scandinavia after World War I, E. A. STENSIÖ founded an important school for paleoichthyology. He and his followers did extremely detailed investigations, with great emphasis on anatomical interpretations. These brought about strong controversies, between the Scandinavian and the English-American schools, regarding the interpretation of morphological data and the interrelationships of different groups of agnathans and fishes. Even though the Scandinavian school has nearly disappeared, the controversy still exists; and the Russian, German and French paleoichthyologists find themselves having to take sides. Between 1960 and 1970 one synopsis in Russian (1964: Osnovy paleontologii, vol. 11; 1967: Engl. translation) and another synopsis in French (1964 to 1969: Traité de Paléontologie, vol. 4) were published representing the whole field of paleontology. Osnovy showed a systematic view point and Traité a morphological-anatomical view point.

Recently, new and young paleoichthyologists have begun to replace the older and so well reputed generation. New findings especially in until recently less searched regions (Asia, Southern continents, and northern and southern polar regions) revealed a great amount of new information about Paleozoic agnathans and fishes. In addition another event has influenced and will continue to influence paleoichthyology: HENNIG’s book “Grundzüge einer Theorie der phylogenetischen Systematik” (1950) translated in 1966 into English (“Phylogenetic systematics”) by R. ZANGERL, a contributor to the Handbook. Since the 70’s, the revision, verification and falsification of the old ideas regarding the interrelationships of agnathans and fishes has begun with new view points.

The Handbook of Paleoichthyology summarizes (as far as possible) all known data as a base for comparison with new findings and for interpretation of interrelationships. Nevertheless the reader will find the most current analysis of interrelationships, sometimes even contrary to ones in different volumes.

Each volume deals with the anatomy and the fossil record of agnathans or of a group (class, subclass, etc.) of fishes, except volume 10 which deals with one organ of osteichthyan fishes, otoliths or ear stones. The third volume on chondrichthyans includes the Holocephali (the term “Bradyodonti” has been deleted on the basis of antiquation). I explained, in the editor’s preface of volume 3A, the division of chondrichthyans into three volumes. In volume 3A, Dr. R. ZANGERL dealt with the Paleozoic Elasmobranchii. He included the Iniopterygia, a group that he discovered, even though they are outside the elasmobranchs, in agreement with the Editor, leaving the remaining holostylic chondrichthyans to be covered in this volume by Dr. B. J. STAHL, a specialist on extant holocephalians. She refers herein to the iniopterygians in volume 3A rather than repeating their description, and concentrates on the tooth plates of holocephalians. She attempts to figure as many species as possible because some have never been figured or only poor figures are available.

The publication of the Handbook experienced a prolonged delay since the volume 3B (the last volume) was published in 1987. There were numerous reasons, including the change of publisher. I hope that the Handbook will flourish and draw near completion under Dr. FRIEDRICH PFEIL, its new publisher.