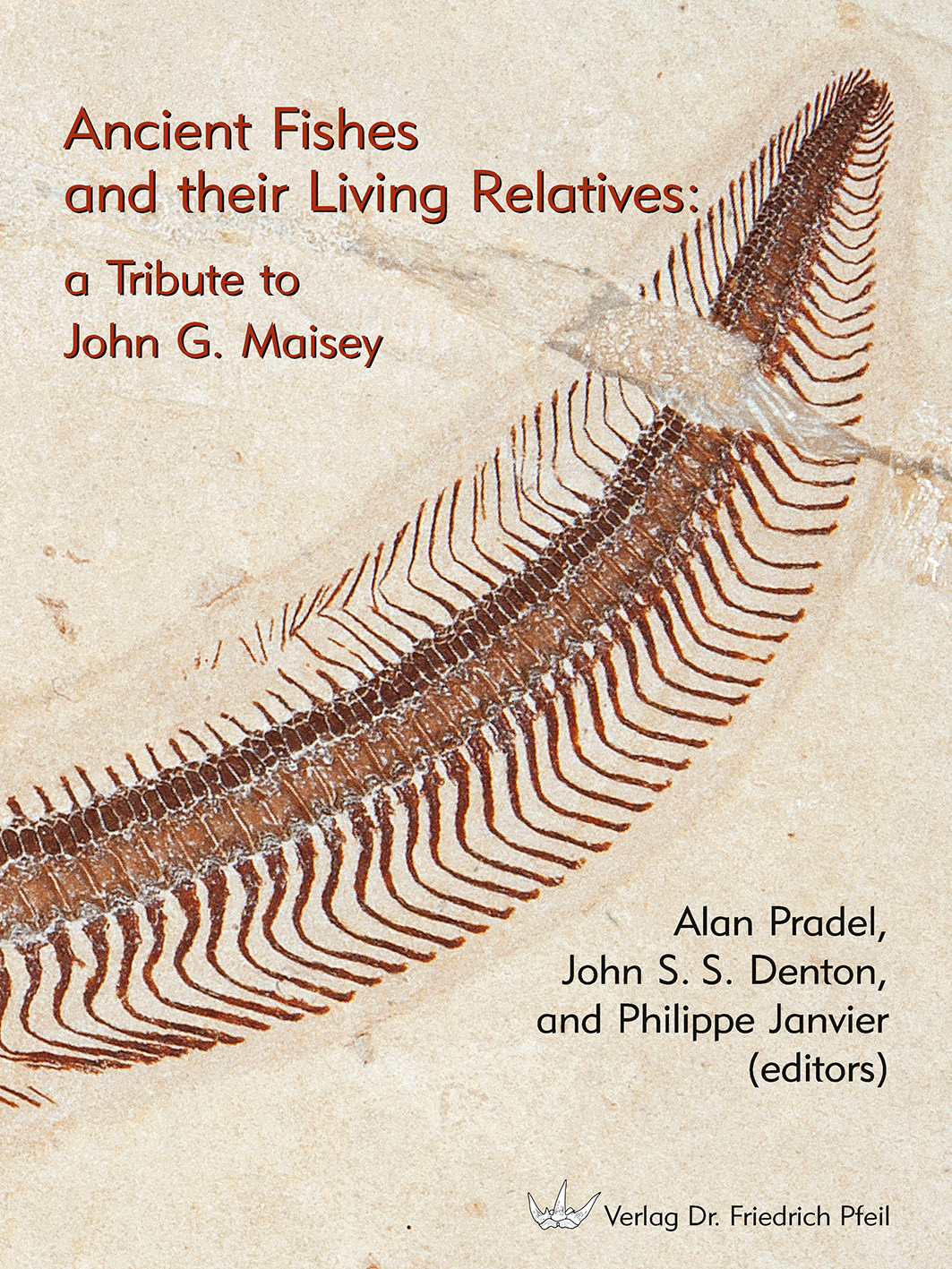 A Tribute to John G. Maisey

SKU: 978­3­89937­269­4 Categories: Biology, Biology - Books, Paleontology, Paleontology - Books
Knowledge of fossil sharks (chondrichthyans) has advanced tremendously over the past decade, giving scientists a window into a historically understudied branch of the evolutionary tree of fishes, and revealing anatomies and ecologies just as diverse and fascinating as those of bony fishes (osteichthyans). This volume assembles cutting-edge research on the biology, anatomy, and evolution of sharks and bony fishes, featuring works by paleobiologists and associated researchers from 11 countries, spanning topics from taxonomy to statistical methodology, in honor of Professor John G. Maisey,  for his pioneering work on Paleozoic chondrichthyan anatomy, taxonomy, and paleobiogeography over his half-century career at the American Museum of Natural History. With an introduction and 16 chapters, this volume erects two new families and two new genera, and provides 160 figures and illustrations, and 29 plates, including the most comprehensive collection of high-resolution images of a rare fossil shark held predominantly in private collections.

When we announced the preparation of this volume, we quickly received inquiries from around the world. Colleagues, collaborators, friends, and former students, working on topics ranging from the analytical estimation of evolutionary trees, to Brazilian paleobiogeography, and from the inference of anatomical modules to the descriptive anatomy and development of chondrichthyans, holocephalans, and bony fishes offered to contribute. This worldwide response from so diverse a range of colleagues is a testament not only to John’s esteem in the paleoichthyology community but also to the breadth of his knowledge base and his own history of helping those sharing these broad interests. Although the major research focus of John’s career has been the discovery and description of Paleozoic chondrichthyans, John believed in the necessity of studying Recent taxa to better inform the description of fossils, and many of his studies of Recent taxa, especially the broadnose sevengill shark Notorynchus, are now considered classic works in chondrichthyan paleontology. His holistic thinking has populated the academic literature, often in ways quietly predating the primary works on the subjects. John’s academic training and influences, as well as his interests, are presented more extensively in a chapter of this volume.

The diversity of the topics represented here reflects the spectacular evolution of the field of paleontology during the last quarter-century. These advances are largely technical, resting on new means of observation and data analysis. Paleontology’s shift toward digitization of fossils using X-ray tomographic methods has made many previously inaccessible specimens amenable to description. John was among the earliest adopters of tomographic methods in paleontology, and several chapters of this volume present descriptions of specimens derived from two varieties of tomographic information: axial computed tomography (µCT), and synchrotron microtomography (SRµCT). This influx of new data often led John to express concern about the utility of specimens (especially fossils), the consequences of their often incomplete data, and the effective units of analysis. Several chapters of this volume highlight subjects related to John’s interest in the inference of evolutionary trees and the placement and identification of unusual taxa, as well as questions of data and methods usage and development.

John’s career has been bookended by studies of histology, from his doctoral thesis on dorsal fin spine morphology to his recent collaborative analysis on the histology of tessellated calcified cartilage across the ‘acanthodian’-chondrichthyan divide, two studies separated by nearly fifty years. One chapter of this volume summarizes the tantalizing acanthodian tissue diversity, and several others utilize histological fine structures in their anatomical descriptions.

John is notable for his knowledge of anatomy and its developmental underpinnings and also of geological and geochemical processes, and one chapter in this volume presents such a holistic treatment of fishes from a faunal location in the United States. John’s contributions to this field are notably characterized by transformative research on the Cretaceous fish faunas of Brazil, and the significance of these contributions is the subject of a chapter of this volume. Some of John’s fieldwork led to the discovery of preserved soft tissues in fossil fishes within concretions or in ‘Lagerstatte’. The phylogenetic importance of such soft tissue data had long been advocated by one of John’s mentors, the Late Colin Patterson, and the fine-scale resolution of these fossils played a role in John’s later interest in imaging technology.

Over a career spanning nearly half a century, John found delight and good humor in what he did. One of our number recalls struggling with John over the puzzle presented by the peculiar Devonian chondrichthyan Pucapampella from Bolivia, doggedly assembling rubber casts of its isolated cranial cartilage elements preserved in nodules, and sharing excitement to seemingly rival that of early nineteenth century paleontologists progressively unravelling the anatomy of an entirely new form. Another recalls John’s bemusement at having been identified as a coelacanth expert, following his description of mawsoniid specimens from Brazil, and continually receiving manuscript review requests on the subject for the next twenty years. And, there was his editorial reaction to an imprecise word choice in a manuscript given to John for comment, who returned it with a small cartoon shark scribbled in the margin, and the word bubble, “only two teef [sic]? Am I cute?”

We have been fortunate to have been the beneficiaries of John’s knowledge and spirit, and this volume honors him with two new taxa named for him. The contributions in this volume hope to represent some of the breadth of John’s erudition and influence, which reflect the value of classical training, patience, and humility to which we all aspire.